Over the last several years, the electrical power demands for the Department of Defense (DOD) small logistical and tactical military elements have increased significantly, as more and more advanced equipment has been introduced to the force (sensors, communications, electronic warfare, etc.).  The power demand of these and other units is only increasing, and is expected to more than double by 2025. In some cases, these power demands are addressed using generators, such as the 3kW Tactical Quiet Generator (TQG). However, the generators currently available to the DoD are very large and very heavy, making them infeasible to use in many circumstances. For example, the standard 3kW TQG deployed across the DoD weighs 374 pounds, with a volume of roughly 16 cubic feet. The US Army’s current 5kW variant weighs 800 pounds and has a volume of 35 cubic feet. This results in an unacceptable choice: operate with insufficient power or operate with a significant size and weight burden. Both options result in a direct and negative impact to the operational effectiveness of these units.

Today’s ground combat vehicle platforms are operating in a command, control, communications, computers, intelligence, surveillance and reconnaissance (C4ISR) environment not envisioned 20 years ago. As a result, many current vehicles struggle to provide sufficient power for their C4ISR systems and other payloads. This problem is being exacerbated by the advent of new payloads, such as active protection systems, that require significant power to operate. As a result, many legacy platforms are prevented from fully utilizing all of their systems due to power constraints, as highlighted in a June 2019 CRS report to Congress:

“The M2 Bradley is reportedly reaching the technological limits of its capacity to accommodate new electronics, armor, and defense systems. By some accounts, M2 Bradleys during OIF routinely had to turn off certain electronic systems to gain enough power for anti-roadside-bomb jammers. Moreover, current efforts to mount active protection systems on M2 Bradleys to destroy incoming anti-tank rockets and missiles are proving difficult.”

This issue is not limited to legacy platforms. The new family of Next Generation Combat Vehicles (NGCV), such as the Optionally Manned Fighting Vehicle (OMFV) and Robotic Combat Vehicles (RCV), will require significant power generation to accommodate the systems necessary to meet operational requirements, which are expected to include active protection systems, directed energy weapons, electronic warfare systems, tactical networking systems, and environmental control systems, among others. Furthermore, the Army wishes to field NGCV platforms that can be scaled and upgraded over time as new technologies become available, meaning power generation requirements will continue to increase from the time these platforms are fielded. In the next five years alone, electrical power demands for ground combat vehicles are expected to double. 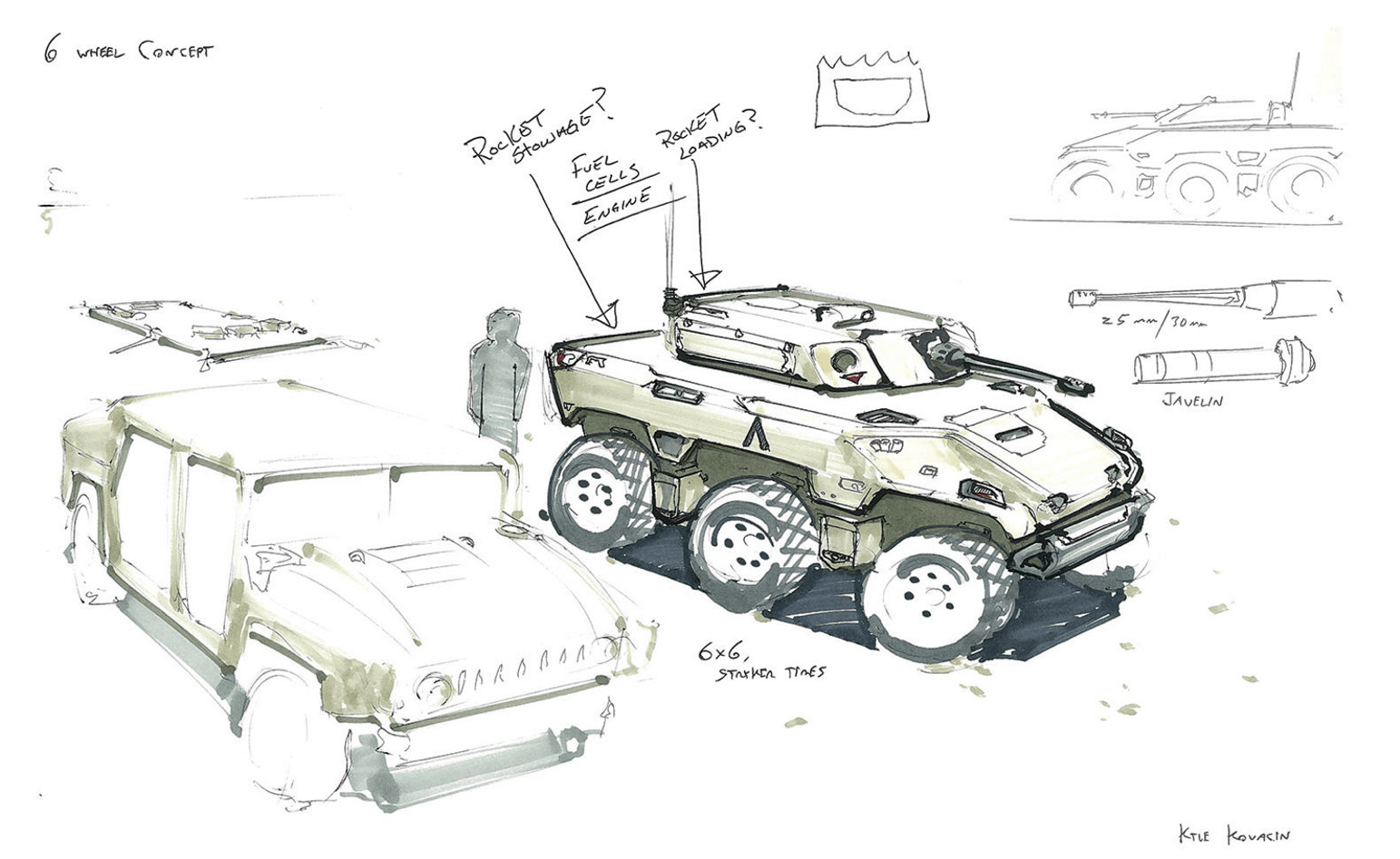 The conventional approach to addressing these power demands is the addition of auxiliary power units (APUs) to the vehicle. However, the existing families of APUs, which are essentially repurposed generators, add significant weight and take up large amounts of space on the platforms. Today’s current family of APUs add hundreds of pounds to the vehicles and provide a fraction of the electrical power that will be required in just a few years. This is especially problematic given the limits on size and weight needed to allow for rapid transportation and deployment of the vehicles.

For example, the current 3kW APU weighs 304 lbs with a volume of 14 cubic feet.

BlueSky Innovations has a solution to these problems. We, along with our partners Trust Automation, HLX Drive Systems, and the University of Michigan, are developing a small form factor generator that provides exponential improvements in size, weight, and fuel efficiency.

For example, our 5kW prototype generator unit, which is currently under development, weighs less than 80 lbs and has a volume of 3 cubic feet.

This same generator unit can also be re-purposed to support APU applications on vehicle platforms.

You can find out more about which cookies we are using or switch them off in settings.

This website uses cookies so that we can provide you with the best user experience possible. Cookie information is stored in your browser and performs functions such as recognising you when you return to our website and helping our team to understand which sections of the website you find most interesting and useful.

Strictly Necessary Cookie should be enabled at all times so that we can save your preferences for cookie settings.

If you disable this cookie, we will not be able to save your preferences. This means that every time you visit this website you will need to enable or disable cookies again.